By This, Everyone Will Know You Are My Disciples 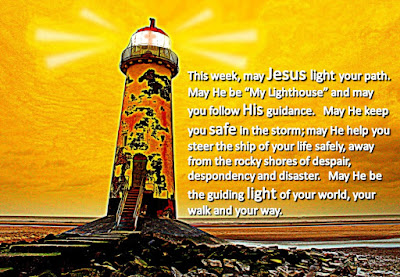 It is spring time in Memphis, which means many things.  Graduations.  Spring cleaning.  Beginning of summer vacations.

It also marks the ending of the semester for EYC and youth group activities at Holy Communion.  Numbers in spring always seem to drop.  That is not just here at Holy Communion, it seems to be a very common theme amongst churches with youth programs.  Sport’s schedule pick up, school seems more rigorous, and to be honest, apathy begins to set in.

We start looking forward to the future, that we stop caring so much about the things that are important to us now.  More often than not, church seems to be one of the things pushed to the back burner.

One thing I have been doing over my time here at Holy Communion is move from asking, “What do we do here?” and change it into a “Why do we do this?”  What is the purpose of a church youth group?  Is it merely just a place for to send teenagers to be entertained and show them that church is not always boring?

I think it is so much more!

I became the full time Minister to Youth in August of 2012, making this the first graduating class that I have seen all the way through high school.  In reflecting on the memories and stories of these past four years, it becomes clear as to why we do things.

We have been through a lot these past few years.  We have had our ups and downs.  When we started, we were still trying to discover our identity.  As people but also as a program.  What were we?  In the years that followed, we have seen a lot.  We have seen divorce, car accidents, cancer, and death.  Things that teenagers should not have to deal with.

But each time something happened, that person was never alone in their struggle.  What were we?  We were a group, that bound together, and overcome every challenge that was thrown at us, and we did it together.

But all that still seems to cover the what, where is the why?  To answer that question, I must share my story.

I came to Holy Communion in 2004 because I wanted to be a part of the youth program.  My old youth group had fallen apart and I wanted to be a part of one.  I liked youth group.  My friends went to Holy Communion and so I joined.  That became my group.  My core group of friends.  The place I felt like I was at home.  School was filled with so much judgment.  It mattered so much about what you did and who you hung out with and how you acted.  You could not just be yourself, you had to be who you thought other people wanted to be.  But being at church was different.  At school, I was quiet and shy.  I rarely spoke up.  I did not want to pretend to be someone that I wasn’t just to fit in, so I didn’t.  But that was not the case at church.  Ask anyone who was in youth group at that time, I was anything but quiet and shy.  Before coming to Holy Communion, I once dressed as Buddy the Elf and danced around the Nave during church to make an announcement about the Christmas Carnival the youth were hosting.  I felt comfortable at church.  I felt at home at the church.  I was not judged.  I could truly be myself.

That was the why.

After college, many of my friends were a little surprised when they heard I had become a youth minister.  Telling people about my religion and my faith was never something I really did.  I always admired the people who lived out their faith.  It always seemed to me that the most vocal religious people, were the least religious.  I disagreed with them.

John 13:35 was one passage that always stuck out to me.  “By this everyone will know that you are my disciples, if you love one another.”

Not, that they will know because you tell them, but because of who you treat others.  How you behave.

If I can say one thing about the youth group over these past few years it is this…. They love each other.

There was a sermon I heard once about what the church really was.  They told a story, one that I can relate to very much, about saying good-bye after a church event.  He shared how he had taken a group of youth on a trip and spent an entire week with them.  When they returned back to the church, they all unloaded, got their bags, and were all set to go.  They said their good-byes then they all gathered around the van and talked.  No one wanted to leave.  They started to walk towards their cars, said their good-byes, and then gathered up again and talked.  Finally, after about 20 minutes, he told the kids they had to leave because he wanted to go home.  So they all said their good-byes, got in their cars, and went to dinner together.  They did not want to leave each other.  After the kids left, the adults said their good-byes and then laughed and joked about how they had just spent an entire week with each other and weren’t sick of other yet.  They did not want to leave either.

The relationships formed here are unlike anywhere else.

Three years ago, I wrote a post about what I wanted and I thought the youth group here at Holy Communion…the saying I landed upon, Beacon of Christ.  You can read that post here- http://youngsterstheology.blogspot.com/search?q=be+the+light

Looking at the group we have this year and the relationships that have formed…I would say that they are doing just that…they are spreading the light of Christ to all those around them.

Posted by Youngsters Theology at 1:58 PM